Parkinson’s Disease (PD) is a progressive neurological disorder which mainly affects the ability to move. People with Parkinson’s don’t have enough of a chemical called dopamine because some nerve cells in their brain have died. Cell death occurs in the area which regulates the tonus of the muscles and have great influence on voluntary movement.

The main characteristics of PD are:

Tremor which normally occurs at rest, slowness of movement and rigidity or stiffness of the muscles due to increased tone and reduced ability to begin/trigger the movement.

These in turn can cause weakness, changes in posture, reduced flexibility difficulties with speech and swallowing, reduced balance with risk of falling and difficulty with writing.

These main symptoms have an affect on function making it more difficult to do such tasks as turn in bed, stand up, walk, turn and use the hands in a controlled manner. People can also develop problems with concentration, memory and problem solving.

Every hour, someone in the UK is told they have Parkinson’s.In fact one person in every 500 has Parkinson’s disease.

There’s currently no cure for Parkinson’s and we don’t yet know why people get the condition. Parkinson’s doesn’t directly cause people to die, but symptoms do get worse over time.

Research on Parkinson’s and exercise

Recent research has shown that exercise seems to protect the dopamine-producing nerve cells that are lost in Parkinson’s, helping them work better and survive for longer. This could potentially slow down the progression of Parkinson’s – something no current treatment can do.

Here is Michael J Fox probably one of the most famous sufferers of Parkinson’s disease speaking candidly and honestly about it:

Physiotherapy Treatment may focus on:

Stretches, postural work, functional tasks and mobility and balance work. If you experience back pain or leg spasms, we will treat those as well. You should know that all functional tasks like rolling and turning in bed, standing up, walking as well as gardening, kitchen work and cleaning you will training at your home, in familiar environment. 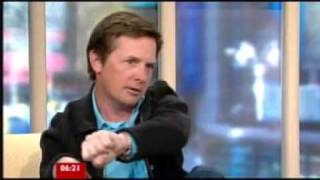